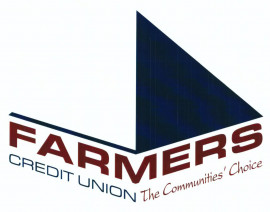 The Farmers Credit Union announced this week, the retirement of two long-term employees, and the hiring of a new President/CEO. In April Delwin Massier, who served as loan officer for over 32

years announced his retirement from the organization, and current CEO Don Napell will be retiring in July after leading the credit union for over 30 years. The credit union also announced the hiring of Guy Forell as the new CEO beginning in July. "We are very proud of Don and Delwin for their hard work and commitment to decades of success for the credit union and it's membership" said Darren Walters, President of the Board of Directors.  "The board wishes them both well in their retirement, and we  extend our sincere gratitude for their many years of service." "We are also very excited to have Guy Forell on board to manage the Credit Union into the future, and look forward to working with him to provide the best financial services possible for our great members."

Membership and the public are welcome to stop by. Refreshments will be served.